The firefighting system and fire extinguisher types on board ships can be classified into three category: 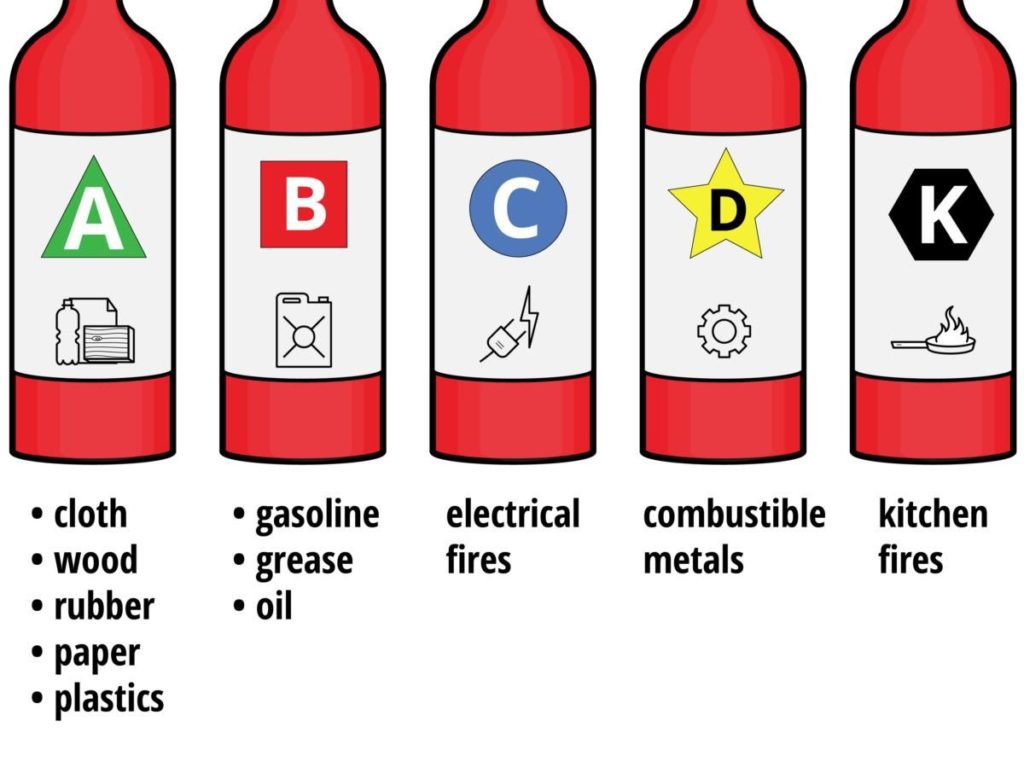 Class A: These types of fire extinguishers are used in fires which are a result of the burning of wood, glass fibre, upholstery, and furnishing. Usually, Water, DCP and Foam fire extinguishers smother the Class A fire by removing the heating factor of the fire triangle. Foam agents also help in separating the oxygen part from the other aspects.

Class E: This type of fire extinguisher on a ship is used for subsiding fire resulting from any of the above-mentioned materials along with high voltage electricity. Hence, if a portable extinguisher with a conductive agent is used for fighting the class E fire, it may lead to a risk of shock to the operator. CO2 or DCP portable fire extinguisher is used in such fires.